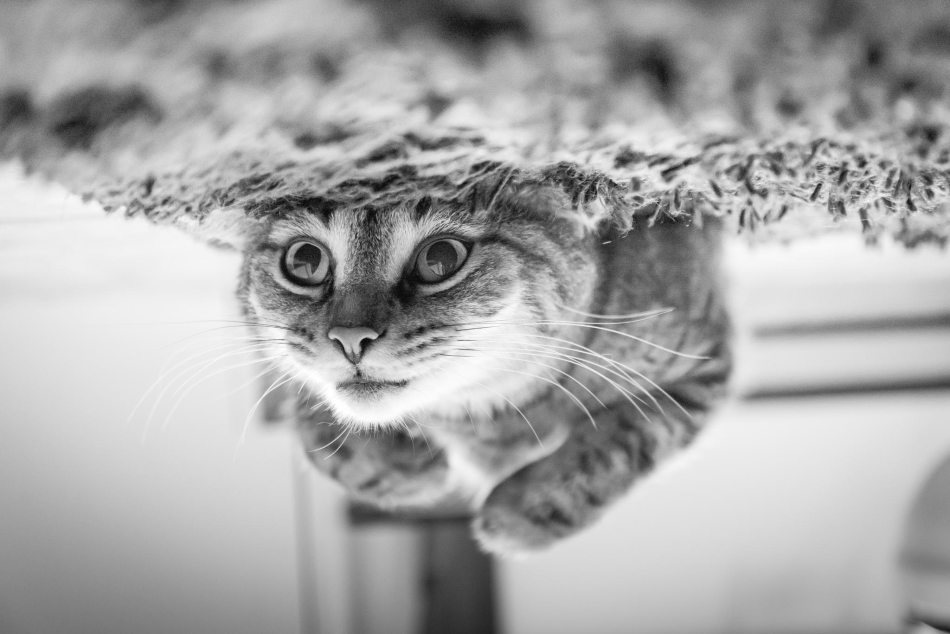 It’s been an expensive month.  The hits keep coming.  Let’s talk about all the s* we’ve spent money on. We bought plane tickets for our family of 4 to a friend’s wedding my husband agreed to *be in* before realizing it’s on the OTHER SIDE OF THE COUNTRY ($1230).  Per my last post, I decided to enroll in a natural skincare program to try and fight lifelong problem skin and stop feeling frustrated and embarrassed about leaving the house without makeup ($340).  In the same vein, my husband bought himself some new clothes to refresh his aging wardrobe ($259).  One of my attorney registrations came due and, now that I don’t work at a fancy firm that will pay for them all anymore, I had to foot the bill myself ($375).  We bought a piece of furniture ($229), went on a big outing with my dad and the kids ($184), had a friend come to town and drag us to a mega-expensive dinner ($152)… I could go on and on.

DAMN.  Not a good month by ANY measure.  We have about $6250 in variable spending alone in May — by FAR the highest of the year.  Remember back when I looked at the number of discretionary purchases we made and patted myself on the back because we had driven that number down-down-down, from 132 per month to 61?  Wellllllll…. in May we made 103 discretionary purchases.  YOW.  Rocketing back up.

So I’ve been having major self-doubt about this whole thing.  Are we just not cut out for the sweet, sweet, FIRE life?  Are we too soft and spoiled?  Too addicted to our fancy lawyer lifestyle?!?!  AM I A FRAUD FOR HAVING THIS BLOG?!?!?!?

But, friends, this is why I love data.  I decided to take a step back and see — how badly ARE we sucking at this??  I looked at our variable spending for the entire time since I’ve been keeping good data (since January 2017) and saw: 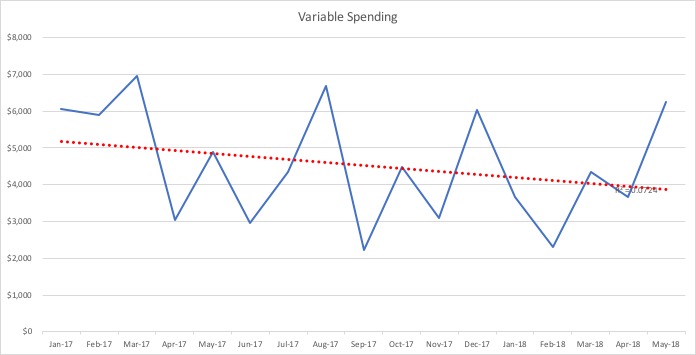 Yeah.  May SUCKED.  And, obviously, we have a long way to go.  We could re-focus, get our eye back on the prize.  But I’m going to say this chart reflects that we’re consistently (if slowly) improving.  We’re shopping in bulk, we’re thinking harder about each purchase, we’re trying to buy less, and buy used when we can.  If we continue on this trajectory, I’d say we’ve got great things in store!

And what about our fixed expenses?  Let’s take a look at where they are and where they’re projected to go.

We started kiddo #2 in daycare in January, so they took a GIGANTIC leap up.  But then, I took my new job and got cheaper healthcare for the whole fam, so they headed back down.  And, in August, we’ll be switching kiddos to a cheaper daycare, they should come back even farther.  So in August, we’re projected to be about where we were in 2017 DESPITE having another kid in daycare — A big win we would never have accomplished without the focus we’ve been giving to these numbers.

So… All in all… Do we suck at this?  Compared to other people, yes.  But compared to our former selves?  NO!  And that’s a win.

0 comments on “How much do we suck at this? (Bad news/good news time!)”

Want Greener Pasture$ in your inbox?